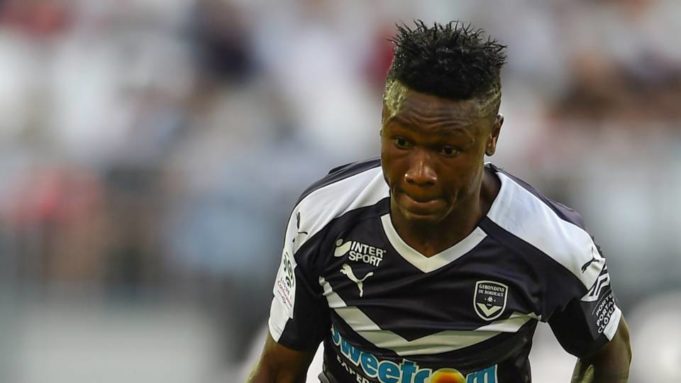 Super Eagles’ and Bordeaux of France forward, Samuel Kalu has put his red card incident behind him and has vowed to return even stronger, AOIFootball.com reports.
The winger was given a straight red card for his tackle in the game against Marseille a fortnight ago and has already sat out games against PSG and Toulouse. He now hopes to return stronger for this weekend’s clash away at Nantes.
“The red card was unfortunate as I will never deliberately want to harm a player, but that is behind me now as I’m already looking forward to returning stronger for the team.
“I have missed two games already and will miss Wednesday’s rescheduled game against Guingamp but hopefully by the weekend I should be able to return and help the rest of the squad,” Kalu said.
The Nigerian joined Bordeaux last summer from Belgium club KAA Gent and has already established himself as first-team regular, having also helped them reach the semifinals of the League Cup.