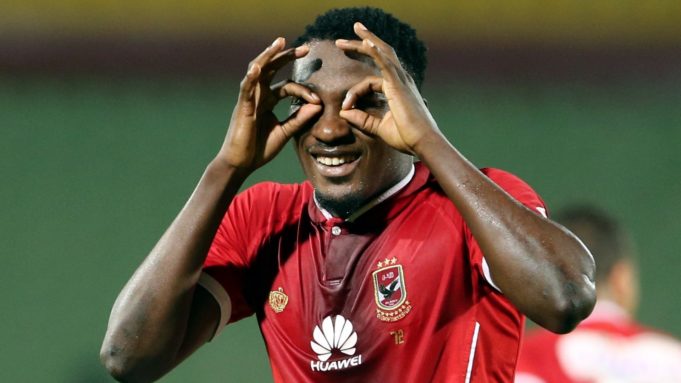 Nigerian international, Junior Ajayi scored his fourth goal since returning from a long term injury to help giants Al Ahly to an impressive 3-1 win over El-Dakhleya at the Cairo International Stadium, AOIFootball.com reports.
The Rio 2016 bronze medalist led the line for the Cairo giants as they closed the gap on league leaders Zamalek in impressive fashion.
Mohamed Hang opened the scoring for the hosts after 20 minutes, before Ajayi doubled their lead six minutes to the break as Al Ahly went into the half time break 2-0 up.
With three points already safe in the bag, the impressive Ajayi was replaced in the 73rd minute for Marwan Mohsen before the visitors set up a nervy finish when Ahmed Gouda netted to make it 2-1 but Geraldo ensured they was no room for a comeback as he made it 3-1 at the final kick off the match.
The win now sees Al Ahly draw level witsecond-placed Pyramids FC on 45 points but remain 7 points behind leaders Zamalek who have 52 points.