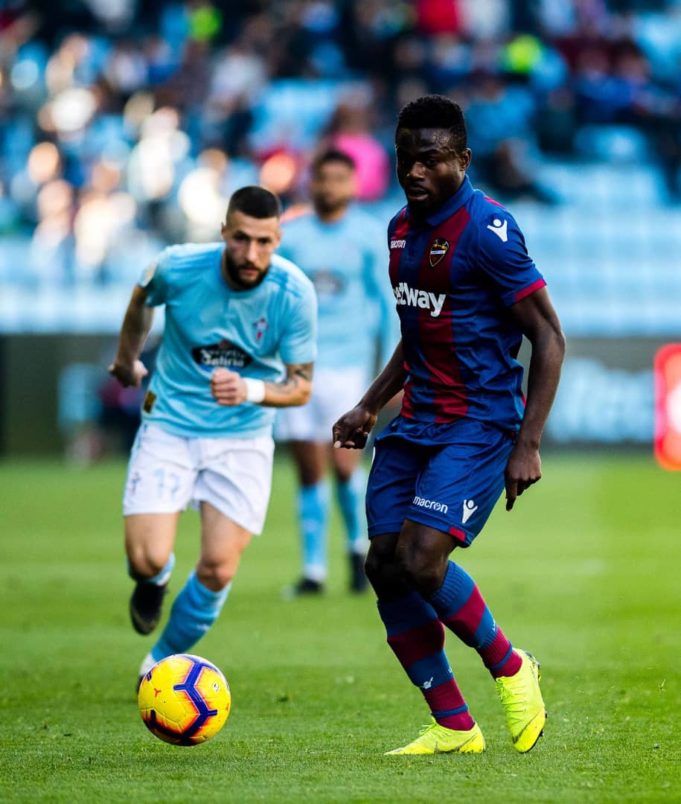 Super Eagles’ and Levante forward, Moses Simon has declared war on giants Real Madrid when they meet on Sunday at the Ciutat de Valencia on matchday 25 of the Spanish LaLiga, AOIFootball.com reports.

Having struggled to find his bearing at the beginning of the season, the 23-year-old has now played himself back to reckoning, starting their last two league games and impressing in last weekend’s 4-1 win away at Celta Vigo.

Speaking to AOIFootball.com ahead of Sunday’s clash against Real Madrid, the flying winger noted that his side must do well to curtail the visitors even as he hopes to keep his place in the starting XI.

“No doubt it’s going to be a tough game for both sides- Real Madrid is arguably one of the best teams in the world and every team must be scared of playing against them.

“For me, it’s another opportunity to play against one of the best teams in Europe, the confidence is high from our previous game against Celta Vigo and we hope to build on it as we continue our progress up the top of the table,” Moses said.

The Nigerian has featured in just seven LaLiga games all season for Levante, starting two of those and scoring once in the process.