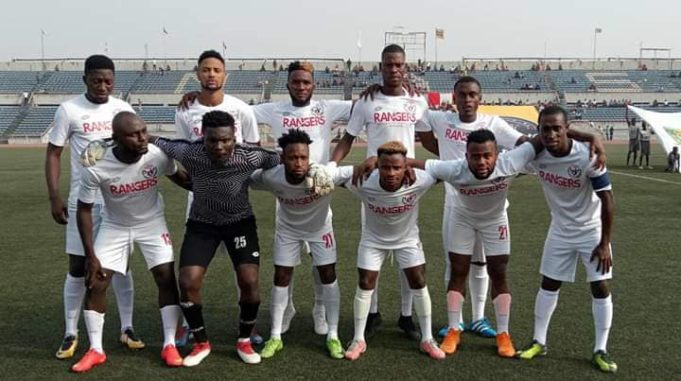 Having drawn on their last visit to Tunisia last week against CS Sfaxien, the Aiteo Cup champions were hoping to extend their unbeaten run to an amazing nine games but were undone by the harsh weather in the city of Sousse.

The visitors took the lead in the encounter through Bright Silas as early as the 15th minute when he finished off an assist from Michael Uchebo to shock their hosts.

Etoile du Sahel then equalised through Iheb Msakni in the 35th minute as both sides went to the half time break level.

After constant pressure, Etoile du Sahel found the goal to put them ahead in the encounter when Saddam Ben Aziza beat the Enugu Rangers defence line in the 64th minute.

The home side held on for all three points as Rangers mounted pressure in the latter stages of the encounter.

The result means that Rangers still have four points and are in second place after a draw against CS Sfaxien away in Tunisia and 2-0 win in their opening group game against Burkina Faso’s Salitas.