Nigeria’s U-20 national team, the Flying Eagles have been drawn in Group D of the 2019 FIFA U-20 World Cup in Poland alongside reigning CONCACAF champions the United States of America, Ukraine and Qatar, AOIFootball.com reports.

Paul Aigbogun’s wards had finished as Africa’s fourth-best team a fortnight ago at the CAF U-20 AFCON in Niamey, Niger Republic but were lucky to avoid hosts Poland in Group A of the 22nd edition of the tournament with the hosts drawn with Senegal.

The Flying Eagles will open their campaign against Qatar on May 24 in Tychy, before clashing with the USA three days later in Bielsko-Biala and then remain in the same city for their final pool match against Ukraine on May 30.

Nigeria finished as runners-up at the FIFA U-20 World Cup in 1989 (lost to Portugal in the final in Saudi Arabia) and in 2005 (lost to Argentina in The Netherlands), and won the bronze medals in the old Soviet Union in 1985 (when the Flying Eagles defeated the host nation on penalties in the third-place match).

They defeated the USA in the semifinals of 1989 in Saudi Arabia when two goals by Mutiu Adepoju settled the encounter and took Nigeria to her first-ever final. 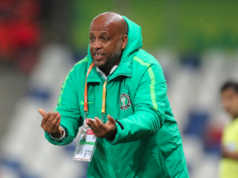 U-20 W/Cup: Flying Eagles must up game against Senegal, Aigbogun admits 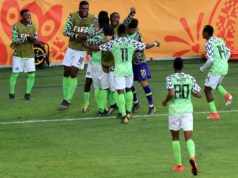