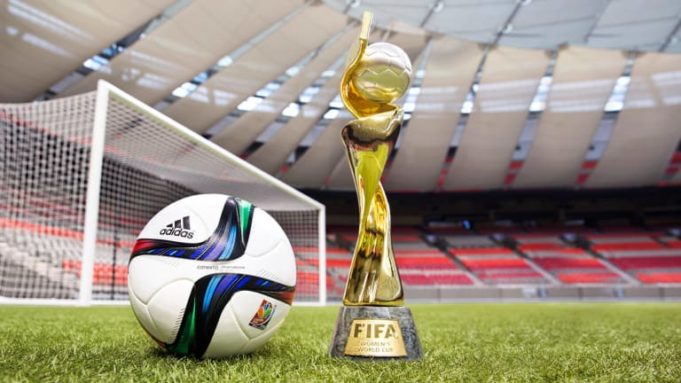 Ahead of this year’s FIFA Women’s World Cup in France, Nigeria’s Capital Abuja will host the FIFA Women World Cup Trophy in April as it begins the touring of 24 countries, AOIFootball.com reports.

FIFA legends Kristine Lilly and Laura Georges were on hand when the Trophy tour kicked off in Paris where the opening game of the tournament will be played in June.

Nigeria have been at all editions of the world tournament since its inception in 1991 but are yet to win a single edition despite dominating Africa where the Super Falcons have ended champions or a record eleven times.

The Trophy will arrive Nigeria on April 11 from Yaoundé Cameroon and will then move to Norway, Germany, Italy, England, Scotland, The Netherlands, Spain, and Canada before returning to France in May.

The eighth edition of the competition commences on the 7th of June, 2019 and will reach its crescendo one month after.

Super Falcons of Nigeria are in Group A alongside host nation France, 1995 winners Norway, and Korea Republic.