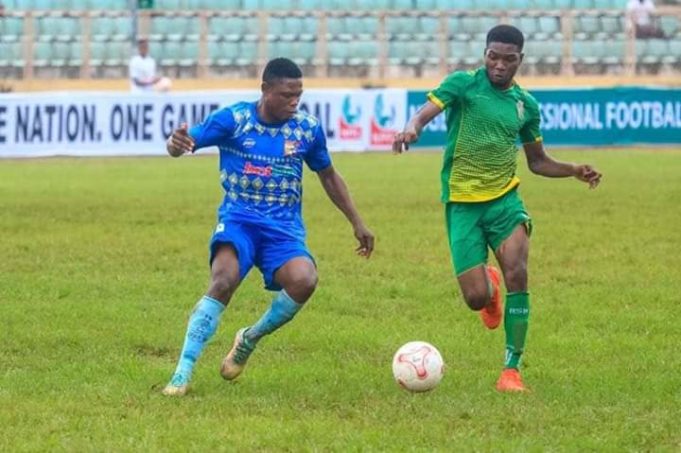 Remo Stars’ bulky and hardworking defender, Owiecho Edoka is excited about his invitation to Nigeria’s U-23 team camp in Abuja, AOIFootball.com reports.
Owiecho, who has starred in every match of Remo Stars this season, has been arguably one of the best defenders in the Nigeria Professional Football League since it kicked off in January and will no doubt add stability to the dream team.
The staggering defender, who got wind of the invitation through national under 23 assistant coach who also happens to be the Head Coach of Remo Stars said.
“We were preparing for our match against Lobi Stars in Makurdi and the head coach while addressing players on the morning of the match told everyone that I have been invited to national under 23 camp,” he said
Owiecho will, however, be joining the team later than expected after sustaining a slight injury in their last match against Lobi Stars.
The Dream Team are currently camped in Abuja in preparation for their match against Libya in March as they bid to qualify for the AFCON U-23 championship in Egypt later in the year.