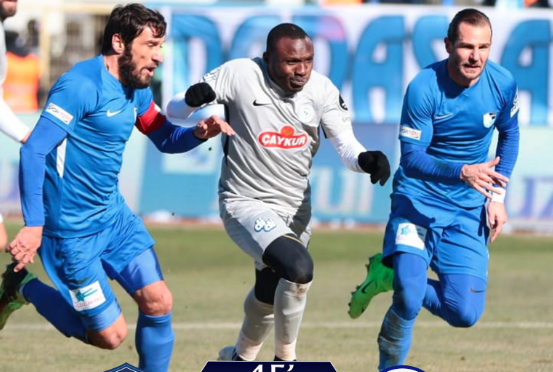 Former Olympic bronze medalist, Aminu Umar will go up against giants Fenerbahce on match day 24 of the Turkish Super Lig in what may just prove to be an auditioning for the 23-year-old, AOIFootball.com reports.

In-form Caykur Rizespor head to the Sükru Saracoglu in Istanbul hoping to extend their unbeaten run to seven games but all eyes will be on Aminu Umar who has been courted by the former league champions all season as they hope to rebuild their squad for next campaign.

Umar has been involved in eight league goals this term since joining on loan from Osmanlispor in the summer and with his contract set to expire, the Nigerian could be switch gear to Istanbul to extend his stay in Turkey.

With just three points separating both sides, a win for Rizespor could take them to the top half of the table for the first time this season, whilst Fenerbache could further pull clear of the drop zone with a win.

I’m up for a fresh challenge at Gijon, says Echiejile