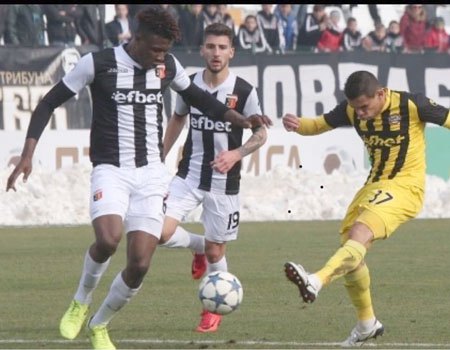 Super Eagles’ defender, Stephen Eze got an assist for Lokomotiv Plovdiv in their 4-1 thrashing of visitors Beroe Stars Zagora on matchday 24 of the Prava Liga, AOIFootball.com reports.

The former Kano Pillars player returned to the starting XI to make his 20th league appearance as the hosts earned just their 8th win of the season.

Ruben Brigido gave the visitors the lead after 23 minutes before Eze set up Dimitar Vezalov to equalize 10 minutes later.

Eden Bahtic then made it 2-1 six minutes before the break and further second-half strikes from Dimitar Illiev and Alen Ozbolt ensured Plovdiv claimed an emphatic win to move them to 9th on the log with 29 points from 24 games.