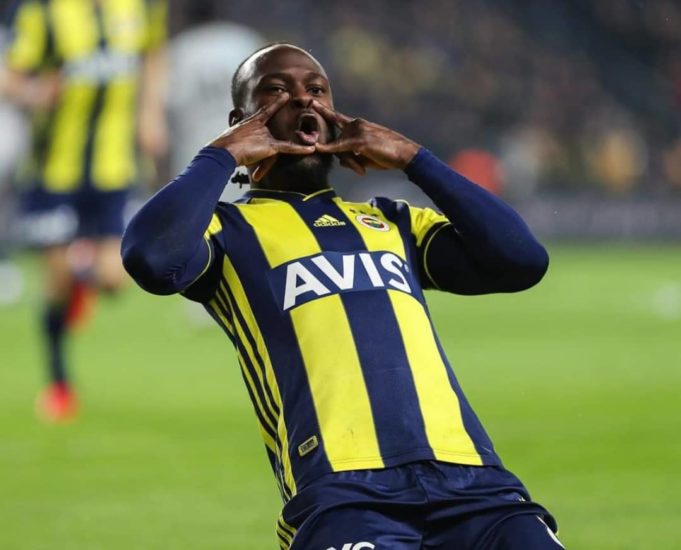 Former Super Eagles’ winger, Victor Moses was the hero for Turkish giants Fenerbache as they claimed a hard-fought 3-2 win over Caykur Rizespor which had Nigerian trio of Awaziem, Azubuike, and Umar, AOIFootball.com reports.

With just three points separating Fenerbahce from their in-form visitors who were riding on a run of six games unbeaten streak, the home side needed to produce an inspiring performance to ease their fears of dropping down to the lower league.

Ali Khaldun had put through his own goal just four minutes into the clash but Fenerbahce struck back halfway into the match when Serdar Aziz finished off a Mathew Valbuma pass to make it 1-1.

Spanish forward, Roberto Soldado then completed the turnaround five minutes to half time when he put the hosts 2-1 up before the visitors were reduced to ten men when Mykola Morozyuk was given a second yellow card for bringing down Victor Moses on the halfway line.

Despite the numerical disadvantage, Rizespor did find themselves level when Dario Meinjak scored 10 minutes after the break to make it 2-2 before Aminu Umar was denied the chance to be the match hero by Volkan Demirel who raced out to block his goal-bound effort.

With the match almost heading for a draw, the hosts were awarded a penalty six minutes from time and Victor Moses stepped up to coolly convert from 12 yards for his second goal in three league starts.

Despite the defeat, Rizespor still remain 13th on the log but are now level with Fenerbahce on 28 points with just goal difference separating both sides.