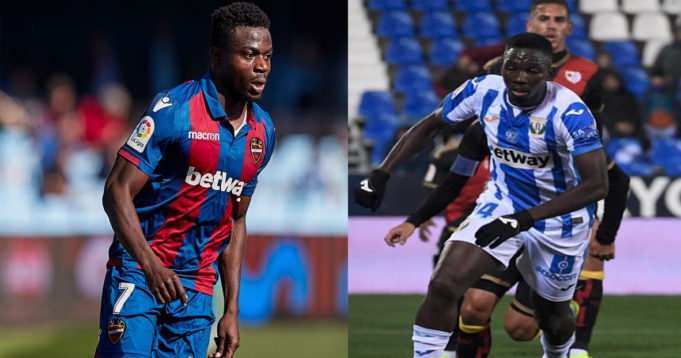 Super Eagles’ defender Kenneth Omeruo will be the host of national teammate Moses Simon when Levante visits the Municipal de Butarque in Leganes on matchday 26 of the Spanish LaLiga, AOIFootball.com reports.

With both team’s tied on 30 points and just goal difference separating them, victory will be on the cards for the hosts who are boosted by Moroccan striker Youssef En-Nesyri who has been in imperious form.

The game will, however, offer Moses Simon another chance to start for the visitors after an impressive outing last weekend against giants Real Madrid despite going down 2-1 at home.

With both teams playing a similar 3-5-2 formation, much of the defensive work will be on Kenneth Omeruo who will be aiming for his 18th consecutive start as he hopes to lead the hosts to their 9th victory of the campaign.

A win for either side would see them move ten points off the relegation zone and breathing space for a while, having battled to escape the drop for the better part of the first half of the season.