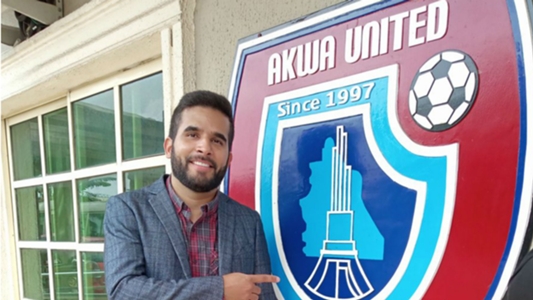 Former Akwa United winger, Ubong Friday believes Akwa United have all it takes to emerge champions of the 2018/2019 Nigeria Professional Football League season, AOIFootball.com reports.
Friday sealed a move to Armenia League side, Lori FC on Tuesday but when asked about the chances of the 2017 Aiteo Cup champions winning their maiden NPFL title under new coach Rafael Everton, the 21-year-old insisted it was possible.
“They can win the league because they have the quality there and every quality that a coach will ever want in a team. I am definitely sure they will win the League this time,” he said.
The 21-year-old joined Akwa United from Akwa Starlets in 2014 and netted six goals to help the club clinch their first Federations Cup in 2015 before also repeating the same feat in 2017 when it became the Aiteo Cup.
He also represented Nigeria at the WAFU Cup in 2017 in Ghana where the team lost 4-1 to Ghana in the final. He joined FC Lori on a three and half year deal, thus ending his seven-year stint in the Nigerian league.
Akwa United are currently third in Group B of the NPFL log, two points behind leaders Ifeanyi Ubah FC having played ten matches so far.