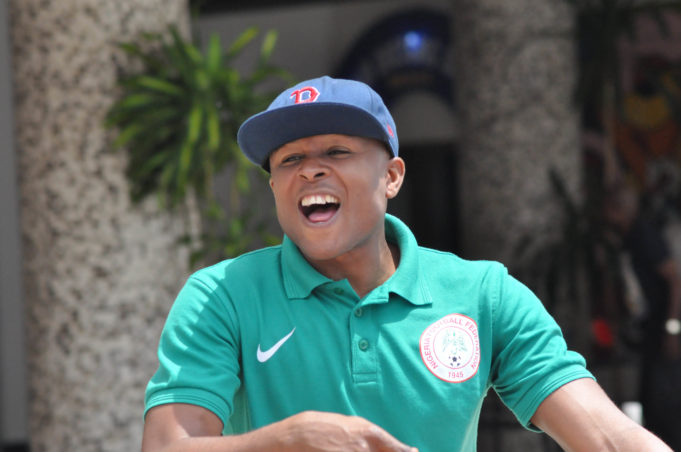 Super Eagles goalkeeper, Ikechukwu Ezenwa has said that Nigeria’s dead rubber AFCON qualifier against Seychelles remains a must-win despite qualifying already, AOIFootball.com reports.
Ezenwa, who is a constant figure for the Eagles under Coach Gernot Rohr, told AOIFootball.com that despite the qualification the team must begin to take every game seriously as it will put them in the right shape ahead of the AFCON proper.
“It is very necessary for us to win the match, even though we have qualified. I believe a win will give us more confidence going into the Nations Cup in June.
“We have just very few games from now till the Nations Cup and I believe every game from now is as important as the qualifiers, especially for us the players because our performance will determine our chances of making the team as well,” Ezenwa concluded.
The Katsina United goalkeeper was a key member of the team when they clinched a return to the AFCON after a six-year absence and will do battle with Cyprus based Francis Uzoho and Kaizer Chief’s Daniel Akpeyi for who starts in goal against the Weeping Boys in Group E.
Already qualified Nigeria tops the group with 10 points, whilst South Africa have 9 and Libya have 7 points. They will do battle for the remaining qualification slot when the final round qualifiers take place in a fortnight.