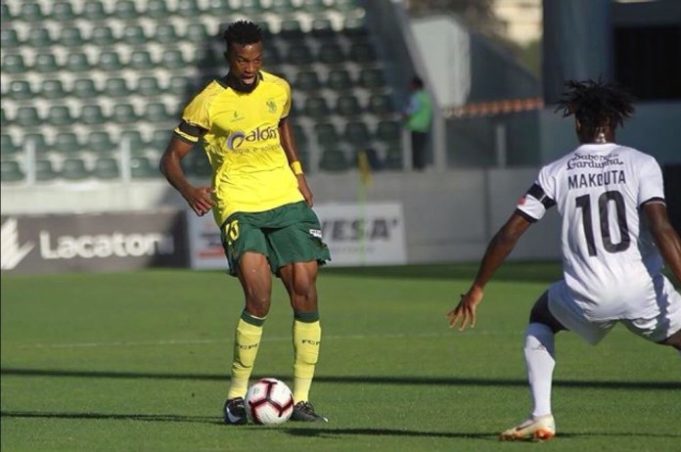 Nigerian defender, Junior Pius was the match hero for promotion favourites Pacos de Ferreira, scoring his third goal of the season as they defeated S.L Benfica B 1-0 to move 10 points clear at the summit of the table, AOIFootball.com reports.
The 23-year-old started his 21st league game of the campaign whilst compatriot Sadiq Fatai was made to start from the bench with both sides going into the break goalless.
Fatai was them introduced after the hour mark for Rafael Barbos before Junior Pius scored the winning goal a few minutes later when he headed home a Pedrinho cross to hand the away side all three points.
The win edges Pacos to the league title and an automatic qualification spot as they now have 58 points from 25 games, 10 points ahead of second-placed Famalicao.

Mikel nets winner to end season on a high with Middlesbrough