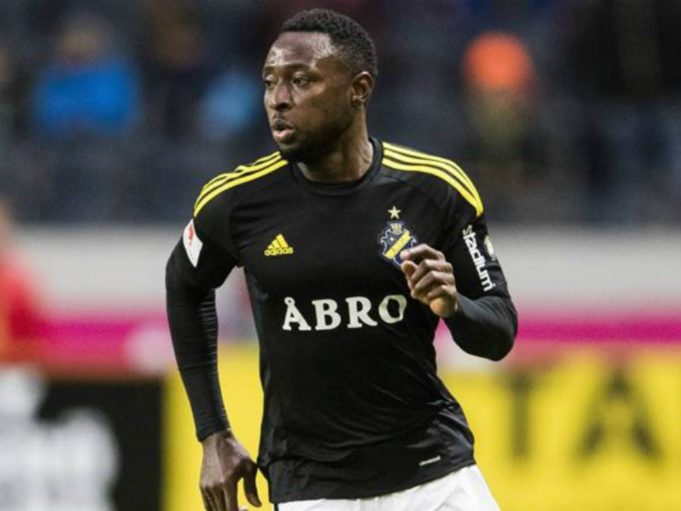 Former Super Eagles forward, Chinedu Obasi Ogbuke was the match hero for AIK as they defeated Osters IF 4-2 in extra time to reach the semi-final of the Swedish Svenska Cup, AOIFootball.com reports.
The 32-year-old returned to the club after being released by Elfsborg in January and had to do with a place on the bench for the clash.
But with both sides locked at 1-1, the former Schalke 04 player was introduced after the hour mark but it was the hosts that gained instant priority as Dragan Kapcevic scored his second of the night to put Osters 2-1 up.
But Damel Sundgren had other ideas as he equalized five minutes from time to send the clash into extra time much to the frustration of the home fans.
Ogbuke then took over the extra time proceedings as he scored both in either side of the half, 98th and 109th minute to hand AIK the win and send them into the semifinals of the cup competition.