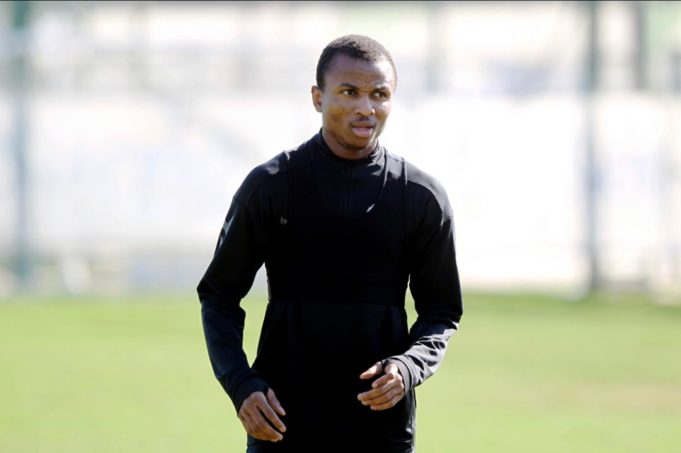 Nigerian international, Chidiebere Nwakali finally made is the long-awaited debut for Swedish top division side Kalmar FF as they lost 2-1 to Malmo in a friendly game ahead of the new Swedish League season, AOIFootball.com reports.
The 22-year-old joined the club late January but had to wait to make his debut with his new teammates after recovering from a slight illness which forced him out for about two weeks.
He, however, came on with 15 minutes of normal time left and would have earned a point for his side after he set up Mahmoud Eid with a glorious assist but the forward scuffed the effort and Malmo held on to win the match.
Nwakali, who was excited with his performance, admitted afterward that he would have loved to start on a winning note but insisted there were a lot of positives for his team to take away from the game.
The Nigerian could, however, start his first game for the Magnus Pehrsson-led side when they take on Oskarshamn’s AIK in another preseason game on Monday as they continue their build-up to the new season which begins at the end of the month.

AFCON 2019: Eagles will grab all points at stake against Libya, assures Rohr