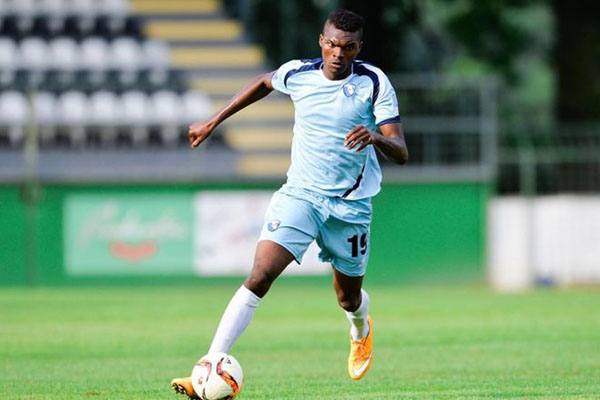 Nigeria’s Blessing Chibuike Eleke ended his goal drought when he recorded the third goal in FC Luzern’s 3-0 thrashing of St. Gallen on Sunday night, AOIFootball.com reports.
Having endured a torrid start to the new year, the forward started his 14th league game of the season as he went in search of his eighth league goal of the campaign.
Pascal Schurff put the host ahead a minute before the half time whistle before Christian Schneuwly made it 2-0 ten minutes into the second half to give the host a commanding lead.
Eleke was however not to be denied his eighth league goal of the campaign when he tucked home five minutes from time to give the host a convincing 3-0 win and move them into the Europa League qualification spot.