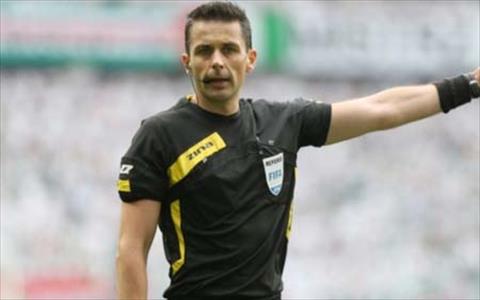 The Confederation of African Football (CAF) has named Cape Verde centre referee Fabricio Duarte for the forthcoming dead rubber 2019 African Cup of Nations qualifier between the Super Eagles of Nigerian and Seychelles scheduled for the Stephen Keshi Stadium in Asaba, AOIFootball.com reports.
Duarte was named as centre referee for the last group game of the qualifier and will be assisted by fellow countrymen, Jose Carlos Alexandre Pins Mendes (Assistant Referee 1) and Delgado Fernandes Wilson Jorge (Assistant Referee 2).
Having qualified for the Nations Cup already, the Super Eagles will be hoping to cement their first position as South Africa and Libya jostle for the second qualification slot in the group.
The Super Eagles started their qualification series with a loss in Uyo against South Africa before defeating Seychelles 3-0 and then registering back to back wins again Libya to top the group. That win was then followed up by a goalless draw away at South Africa as Nigeria returned to the African Cup of Nations for the first time since it’s 2013 triumph.