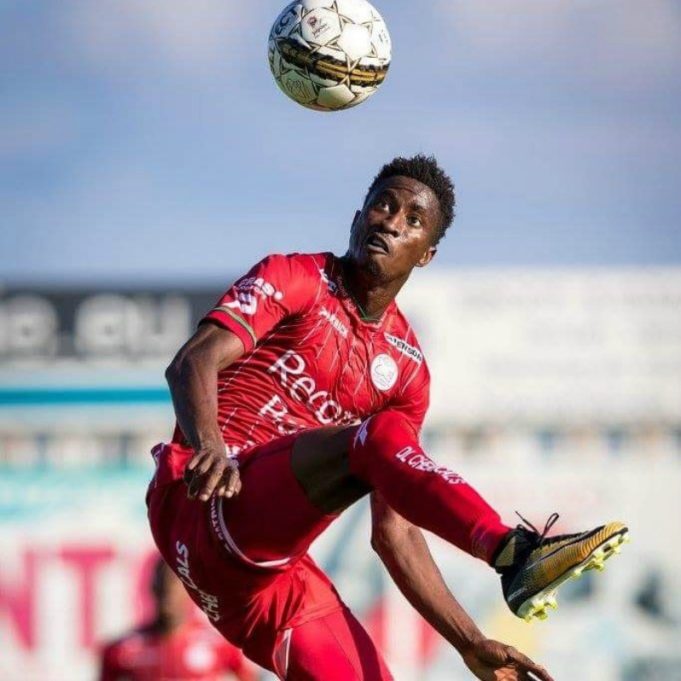 Nigerian forward, Peter Olayinka was the hero for Slavia Praha as he set up the winning goal for the Czech outfit as they knocked out Europa League specialists Sevilla to berth the quarterfinals, AOIFootball.com reports.
There were also qualifications for the duo of Alex Iwobi and Samuel Chukwueze whilst Iyayi Believe crashed out of the competition after his side lost to Benfica.
ALEX IWOBI: Despite scoring his side’s lone goal in their 3-1 first leg loss to Stade Rennes, Alex Iwobi was named among the substitute when Arsenal overturned their two-goal deficit to reach the quarterfinals of the competition for the second consecutive season running.
The Nigerian replaced Alexander Lacazette on the 70th minutes as a brace from Gabon forward Pierre Emerick-Aubameyang and an Ainsley Maitland-Niles strike sent the Gunners through on a 4-3 aggregate.
SAMUEL CHUKWUEZE: The 19-year-old forward was an unused substitute as Villarreal completed a double over Zenit St. Petersburg, defeating the Russians 2-1 to scale through on a 5-2 aggregate win.
PETER OLAYINKA: The lanky forward came off the bench to help Slavia Praha to an impressive 4-3 win over Europa League specialists Sevilla at the Eden Arena in Prague.
The Nigerian came off the bench in the 77th minute for Milan Skoda with the game heading into extra time after regulation time ended 2-2.
After a goalless first half extra time, both sides found the back of the net in quick succession to make it 3-3 as the Spanish side held the advantage on away goal rule.
However, Olayinka popped up one minute from time when he set up Ibrahim Benjamin Traore to net the winner and send Slavia Praha through on a 6-5 aggregate win.
IYAYI BELIEVE: He came off the bench in Extra time as Dynamo Zagreb lost 3-0 to Benfica to crash out of the competition.
Holding a first leg 1-0 lead, the Croatian champions fell to two extra-time goals to lose 3-1 on aggregate after regulation time had ended 1-0 in favour of Benfica.