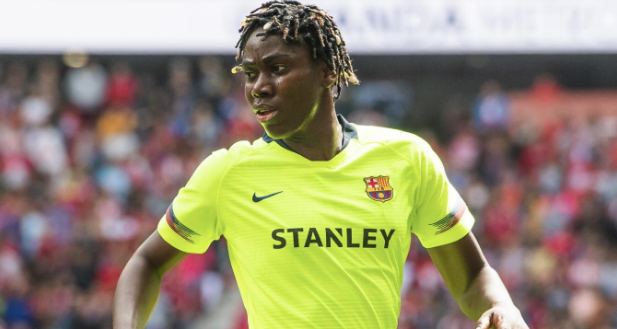 Super Falcons forward, Asisiat Oshoala continued her impressive form in the Spanish Women’s League as she made history by scoring her fifth league goal in five matches to help Barcelona Women to a 2-0 win over Atletico Madrid, AOIFootball.com reports.
Playing in front of a record 60,379 spectators at the Metropolitan, the three-time African Footballer of the Year became the first woman to score in a record attendance game for a women’s club football match.
After a goalless first half, the 24-year-old broke the deadlock five minutes after the hour mark when she netted after the Atletico defence failed to properly clear their lines from a corner kick to hand her side a 1-0 lead.
The Nigerian was then taken off 17 minutes from time for English forward Toni Duggan and she put the icing on the cake as she made it 2-0 seven minutes later to condemn Atletico Madrid to their second league defeat of the season.
The win, however, blows the title race open as Barcelona now cut Atletico’s lead to just three points with six games left before the end of the season. 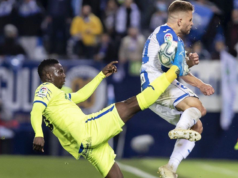 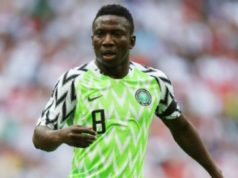