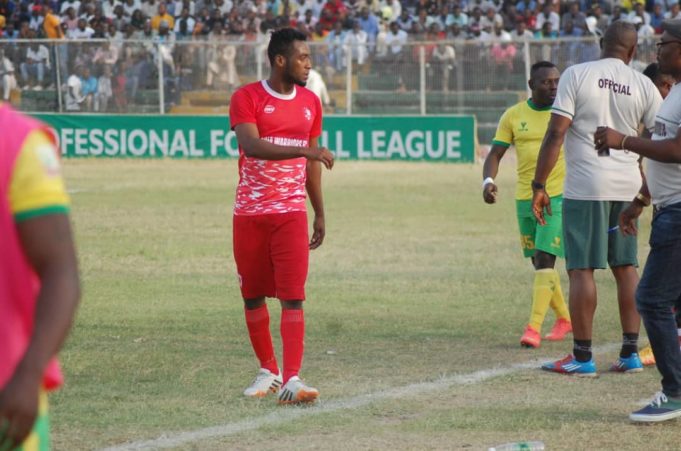 In a match Abia Warriors needed to win to restore their confidence, it was the away team that showed sign of seriousness and determination to win the game as they struggled to impose their tiki-taka style of play on the game due to bumpy pitch.

The away team, however, got their goal through Oche Salefu on the 51th minute but while in-form substitute, Paul Samson was the savior for the home side when he curled in a free-kick from 20 yards in the 69th minute to rescue a point for Abia Warriors.

In a telephone conversation after the match, Paul Samson thanks God whilst dedicating the goal to his coach and teammates.

“I give glory to God and Coach Makinwa who has confidence in me and my teammates that allowed me to take the free-kick.

“We wanted all three points to boost our performance but unfortunately it did not come to pass but there will always be another day,” Drogba said.

Abia Warriors’ next two matches will be on the road and they hope to pick points from them to avoid relegation.