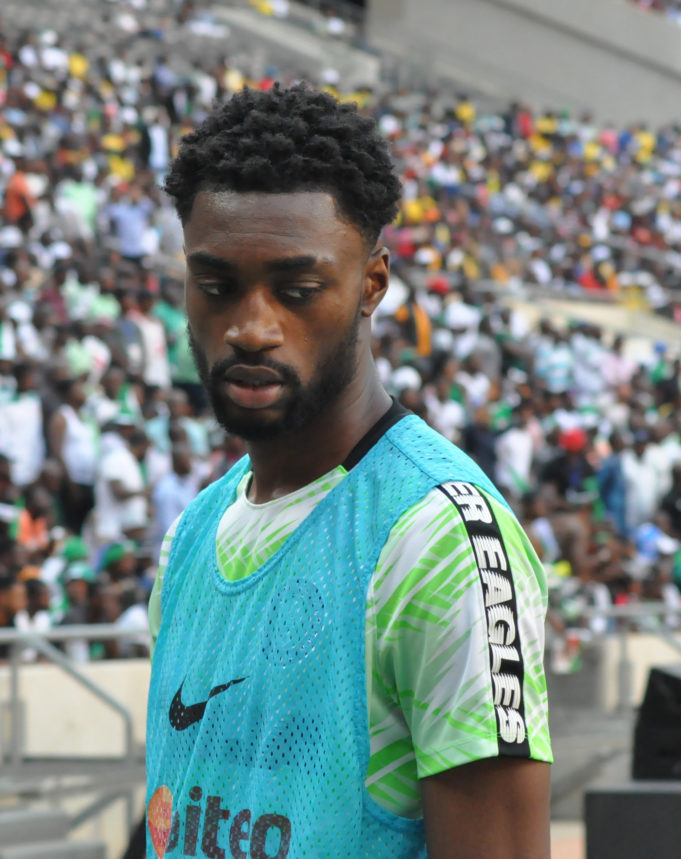 The Camp of the Super Eagles of Nigeria officially opened on Monday evening with seven players already at the team’s base in Asaba, Delta State, AOIFootball.com reports.
Leading the early arrivals were England duo of Semi Ajayi who has been in terrific form for Rotherham United in the past weeks, and Arsenal’s Alex Iwobi.
Also in camp is China-based Odion Ighalo, South Africa- based Daniel Akpeyi, with the home-based trio of Ikouwem, Ezenwa and Valentine Ozornwafor also part of the team as at dinner time on Monday.
Other players expected to hit camp before noon on Tuesday include Henry Onyekuru and John Ogu who boarded the same plane down to Nigeria on Monday, same as Troost-Ekong and Leon Balogun who were also pictured on board the same flight and should arrive camp early Tuesday morning.
After shaking off his minor injury, midfielder Oghenekaro Etebo is also expected to hit camp on Tuesday after arriving in Nigeria on Monday with other invited players.
The Super Eagles host Seychelles in a dead rubber qualifier on March 22nd before taking on 2019  AFCON hosts Egypt in an international friendly four days later.