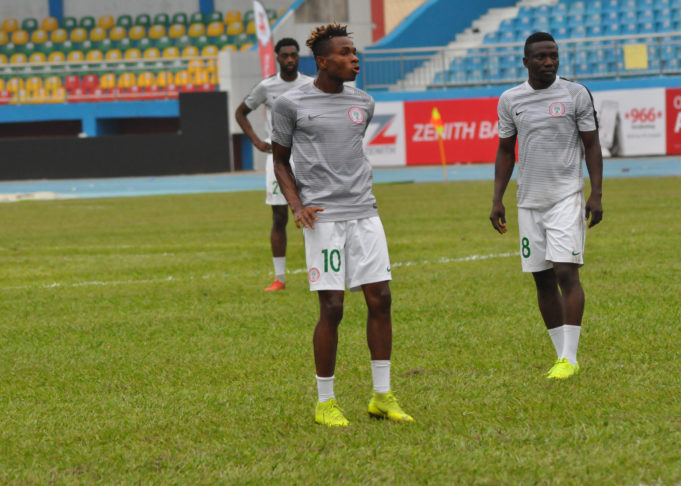 Ahead of Monday’s make or mar clash against the Libyan U-23 side, Villarreal wonder kid Samuel Chukwueze has declared that there is no hiding place them as the Dream Team are set to overturn their 2-0 deficit to reach the final round of qualifiers, AOIFootball.com reports.
Speaking after the team’s training session on Saturday, Chukwueze blamed the poor condition of the pitch in the first leg as one of the reasons why they lost but promised to overturn the result come Monday in Asaba.
“You know we did not play in a natural field in the first leg and the wind also affected us, although we played well we were not just lucky on the day to pick the vital win.
“But for the second leg, I believe we can turn the result in our favour because we have the players to do so,” Chukwueze stated.
He further posited that he hopes to continue doing well in the national colours to stand a chance of making it to the AFCON in Egypt.