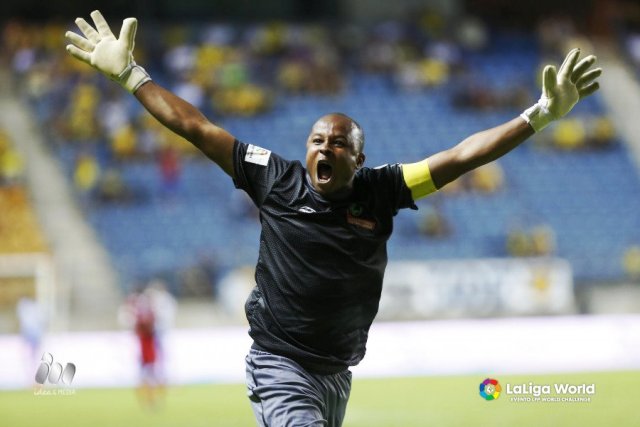 Super Eagles goalkeeper, Okechukwu Ezenwa has hailed their 2-0 victory over Egypt after coming off the bench to make his 20th appearance for the team, AOIFootball.com reports.
The 30-year-old was the hero as he produced a stunning one-handed save to deny Egyptian midfielder Gaber two minutes from time before a follow-up saves to also deny Kouka which drew a wide range of applause around the stadium.
An excited Ezenwa told AOIFootball.com afterward that he was happy to have helped the country end their jinx over the Egyptians after a 29-year wait.
“I am so excited with the win. Stopping the ball from crossing the line is my job and I’m excited I was able to do so when called into action,” Ezenwa said.
The Beijing Olympic Silver medalist has now set his eyes on making the Nations Cup after helping the country qualify for the tournament.