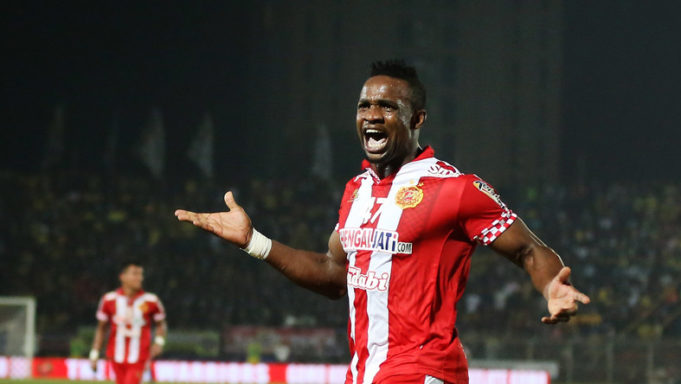 Nigerian forward, Austin Amutu was the hero for Al-Masry as he came off the bench to help rescue a point for his side in their 2-2 draw away at the Arab Contractors Stadium against Al-Mokawloon, AOIFootball.com reports.
Unbeaten in their last eight previous matches, the visitors kept the January acquisition on the bench but fell behind after just eighteen minutes when Farouq Kabeer made it 1-0.
Not to be deterred by the goal, the visitors levelled four minutes into first-half stoppage time after Islam Isaac who was fouled in the box dusted himself up to send the keeper the wrong way to make it 1-1.
With both sides chasing all three points in the second half, the visitors made three quick substitutions 20 minutes from time with Amutu coming on for Ahmed Yasser but it was the hosts who found the breakthrough yet again as Ahmed Ali Kamel struck thirteen minutes from time to give Al-Mokawloon a 2-1 lead.
But just like in the first half, the Nigerian popped up with the equaliser five minutes into stoppage time to record his third goal since joining in January and also stretching Al-Masry’s unbeaten run to an incredible ten games.