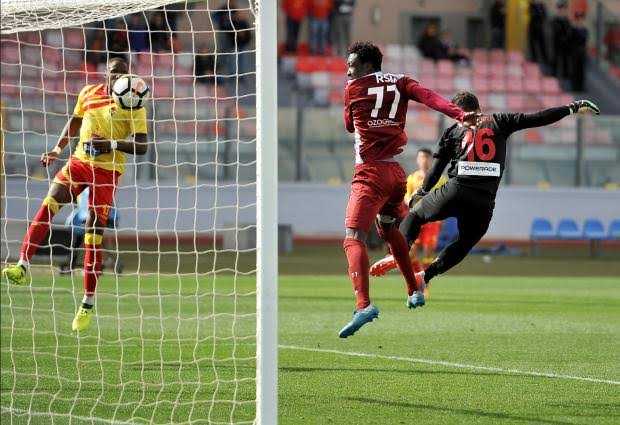 Nigerian forward, Haruna Garba continued his impressive form in the Malta Premier League as he scored a brace to help Gzira United to a big 5-2 win over Pieta Hotspurs to jeep their title hopes alive, AOIFootball.com reports.
The 25-year-old was given the mandate to lead the line but it was the visitors who took a surprise lead when Gabriel Mensah scored with the game’s first attack to silence the home fans.
The lead was quickly quashed as the impressive Garba grabbed his 11th league goal of the season six minutes later to bring scores to 1-1.
Gzira then completed the comeback when Cameronian forward Justin Junior Mengalo scored twice in the 36th and 45th minute to give the home side a 3-1 lead.
Haruna then made it 4-1 twelve minutes after the break before Sholdan Pisani made it 4-2 on the hour mark with Justin Junior then completing his hat-trick after the hour mark to hand the home team a 5-2 win.
The win keeps Gzira in the third position with 45 points from 22 games, five points behind league leaders Valletta who have played a game less.