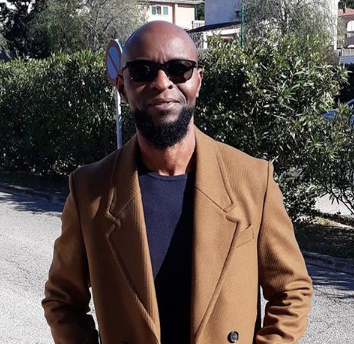 As part of our buildup to the Africa Cup of Nations in June, AOIFootball.com caught up with former Super Eagles legend and 1994 AFCON winner, Finidi George.

Finidi exclusively told AOIFootball.com that given the right environment, he would return home to give back to his country after playing several years in Spain and also having a brief spell in England before his retirement.

The 47-year-old gave insights regarding the development of football in Nigerian football and the Super Eagles.

AOIFootball.com: How have you enjoyed life after football?

Life has been okay; I’m doing well and there is sound health which is very important so generally life is good. 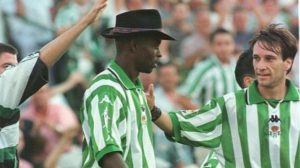 AOIFootball.com: Do you now have a coaching licence?

Finidi George: Yes I do. In fact, most of my colleagues now do. Majority of us have done our coaching courses and I’m in Europe, you know how things are over there. It’s quite difficult breaking through over there but I would still want to come back home and do some work to ensure I give back to the country.

Finidi George: Yes I did apply for the job because I have a passion to impact young players everywhere. This has been my motivation and I also want to ensure we have a greater Super Eagles in the future. That was my aim but unfortunately, it did not work out. Hopefully in the future when the opportunity arises again, maybe I would be available then.

AOIFootball.com: Are you looking for a club in Europe or planning to return home to coach in the league?

Finidi George: Well, for now, nothing is certain but I would always love to come home if the environment is right for me to work because I always believe in imparting knowledge to the young ones so they can learn and become future stars.

AOIFootball.com: As a former international, how do you see the current crop of players in the Super Eagles?

Finidi George: I think we have good players but it’s all about putting a good team together. It’s one thing having individually brilliant players and another to have a solid team.

A good team doesn’t necessarily mean having superstars. A good team is one in which everyone knows their roles and work for one another to ensure the team is successful. That’s a good team for me.

AOIFootball.com: Finally, the No.7 position is one position you mastered and delivered perfectly. Do you believe the Super Eagles have had or can get another player like we had during your days?

Finidi George: Well, the problem is that football is evolving. You see, most teams do not make use of natural wingers. They play with full-backs who have now become wing-backs and it’s difficult for those full-backs to give you such pinpoint delivery.

Football has changed so we tend to stick with the modern style and the players also prefer to move with the current trend. So, it will be difficult to groom players like me, Amuneke or David Beckham because we mastered the art of pinpoint delivery.