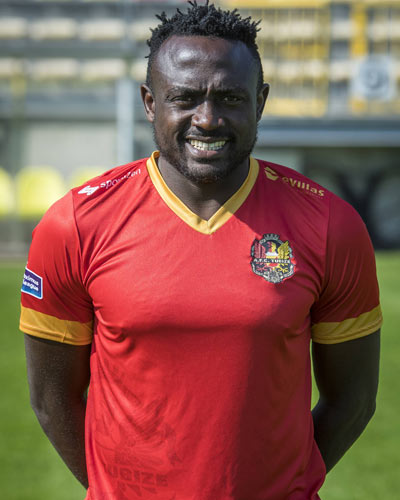 Former Nigerian youth international, Simon Zenke scored what proved to be the winning goal for Dinamo Bucuresti in their 3-2 win over Concordia Chiajna in the Romania Ligue 1 relegation rounds, AOIFootball.com reports.
Having joined the club as a free agent in November, the former Strasbourg of France player was giving the starter’s nod for the 9th time as he went in search of his first league goal for the club.
A brace from Athanasios Papazoglou either side of the half gave the host a commanding 2-0 lead before Zenke made it 3-0 four minutes before the hour mark when he skilfully beat his marker before firing a fierce effort beyond the goalkeeper.
The Nigerian was then withdrawn on the hour mark before two late goals from substitute Petre Daniel Ivanovici ensured a nervy finish to the clash with the hosts holding on for all maximum points.
The win ensured Dinamo stay on course for survival having won three of their opening four games in the relegation round.