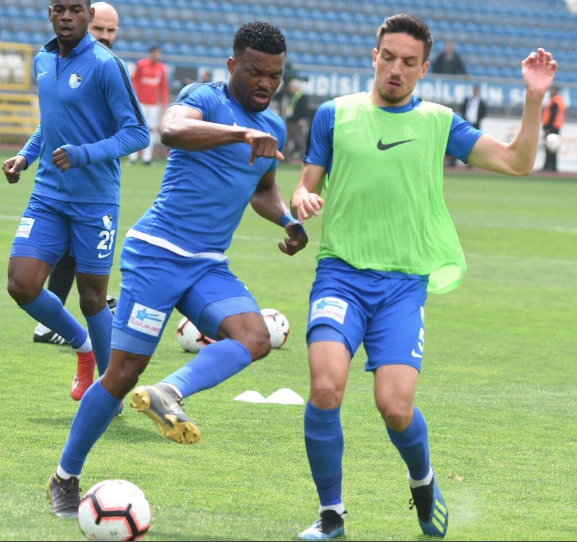 Nigerian international, Samuel Eduok’s eight league goal of the campaign couldn’t save his BB Erzurumspor as they lost 2-1 away at Kasimpasa, AOIFootball.com reports.
Having left Kasimpasa in January, the 25-year-old was making his first return to the Recep Erdogan Stadium in Istanbul, hoping to lead them to victory.
But it was Kasimpasa who pulled the first punch when Guinean striker Bengali-Fode Koite struck halfway into the first half to make the difference as Kasimpasa went into the break one goal up.
Down but not out, Eduok produced a fine individual goal just on the hour mark when he beat two markers before placing the ball beyond the goalkeeper to draw his side level.
Their joy was however short-lived when Koita grabbed his second of the game and Kasimpasa’s second to hand the host all three points.
The defeat leaves BB Erzurumspor needing a miracle to avoid relegation as they remain second from bottom with 22 points from 27 games.