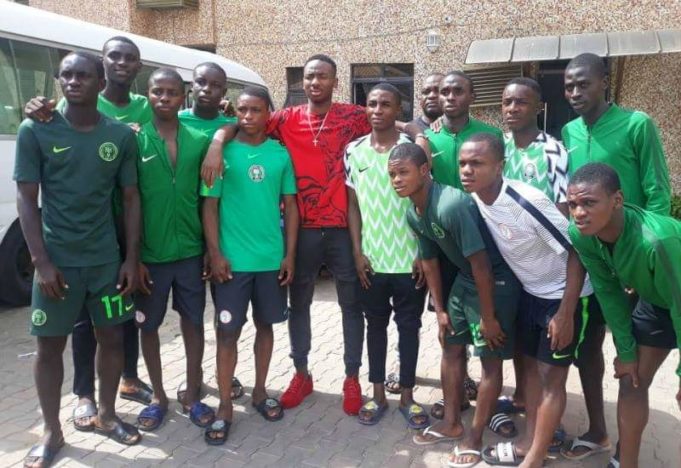 Former U-17 World Cup winning captain Kelechi Nwakali has urged the current crop of the country’s U-17 team to go out and become ambassadors as they bid to return to the global stage, AOIFootball.com reports.
Nwakali, who was the team’s guest on Tuesday afternoon in Abuja, urged the team to shun individual football and ensure they make the country proud in Tanzania.
As a former World Cup winner the FC Porto star also gave the team plenty of advice as they bid to end Nigeria’s 12 years wait for the AFCON U-17 trophy.
“Just know that you are playing for Nigeria, your families and then yourselves.
“I played in the U-17 World Cup in 2015 and won the trophy as well as the best player of the tournament. You can also achieve this feat if you work hard and ensure you remain disciplined because as a player you need to listen to your coaches and all the backroom staffs,” Nwakali said.
He further urged the team to play as a unit and avoid the mindset of individual football to try and impress agents and scouts during the competition.
“You must play as a team because agents and clubs look out for these attributes but if you play for your self it will affect your chances and the team’s overall performance.
“The most important thing us playing as a team to have one objective and qualify for the World Cup, win your first two games, qualify for the World Cup and then focus on the trophy. I wish you all the best,” Nwakali concluded.
Despite missing the 2013 edition through injury, the Arsenal loanee captained the 2015 squad to success as Nigeria won a record fifth U-17 World Cup trophy.

No panic over the ‘Ikeme situation’, says Sanusi