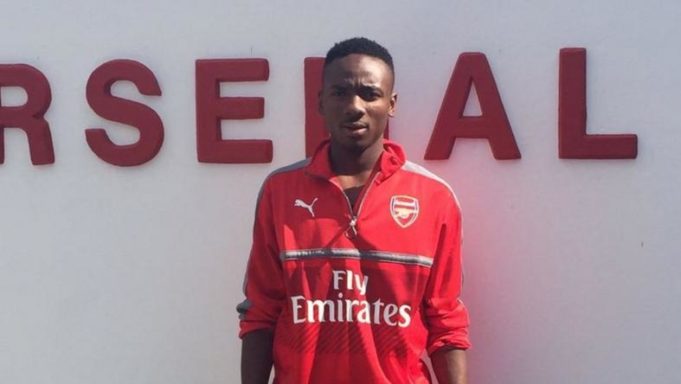 Former U-17 World Cup winning skipper, Kelechi Nwakali has revealed he is 100% ready to jostle for a shirt in the Arsenal team next season should the opportunity be presented to him, AOIFootball.com reports.
The 20-year-old joined the Gunners in 2016 following an impressive display with the Golden Eaglets in Chile the previous year where he was also crowned the best player of the tournament.
But after four loan spells to MVV Maastricht (twice), VVV Venlo and now Porto, the 20-year-old reckoned it was time for him to stay put with the London club or seek for a permanent transfer elsewhere.
“I want to thank God for the season so far, but the focus for next season is to play for Arsenal, but before I can achieve that I need to get my work permit to enable me to play in England,” Nwakali stated.
Having now garnered experience in Holland and Portugal, the former Diamond Academy youth prodigy believes he has what it takes to play in Arsenal’s midfield and hopes he secures a work permit to enable him to actualise his dream.