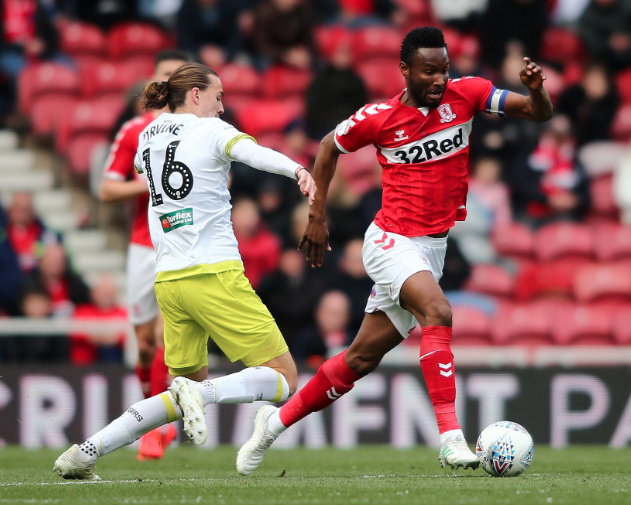 It was a good day in the office for Nigerian players in the Championship as Eagles captain, Mikel John Obi continued to show his exemplary leadership skill to help Middlesbrough record back to back wins, AOIFootball.com reports.
At the Bet365 Stadium, it was also a good outing for Championship player of the month, Semi Ajayi who continued to impress for the relegation strugglers.
MIKEL OBI: The former Chelsea midfield trojan was handed the Captain’s armband for the second consecutive game as he led Middlesbrough to a 1-0 home win over Hull City to remain in contention for a playoffs finish.
The first-half strike from Britt Assombalong was all the host needed to record their second straight victory in four days having previously endured a run of seven games without a single league win.
Having completed yet another 90 minutes, the Eagles captain had an impressive game rating of 7.1, completed 91% of his passes, made two key passes and also won five of his duels.
OGHENEKARO ETEBO AND SEMI AJAYI: Both players went head to head on matchday 42 of the Championship as Ajayi’s Rotherham United were hoping to avoid defeat in their quest to remain in the league. 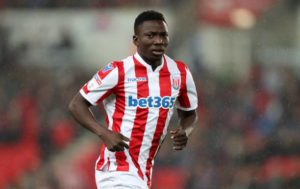 But their hopes were quickly dashed when Sam Clucas scored twice in the space of 90 seconds to give Stoke City a 2-0 lead going into the break.
However, a resolute fightback saw the visitors pull one back via the boot of Michael Smith on 58 minutes before Ajayi set up the equalizer for Matt Crooks on 74 minutes as both sides shared the spoils 2-2.
Ajayi, who was named Championship player for the month of March after five goals in five games for Rotherham, has been a saving grace for the club as they hope to avoid the drop.
Both players were on for the entire match duration as they have just four games left in the league before turning their attention to the summer AFCON in Egypt.