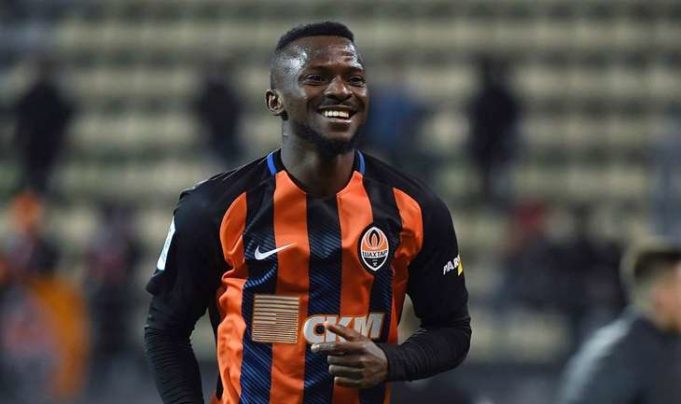 Super Eagles forward, Kayode Olarenwaju returned to action in style to grab his first goal of the season for runaway leaders Shakhtar Donetsk as they beat Zorya Luhansk 3-0 at the Metalist Stadium in Kharkov, AOIFootball.com reports.
Having last featured for the defending champions in February’s Europa League loss to Eintracht Frankfurt, the Nigerian was handed his second league start of the season and his 8th of the campaign.
It took host just 15 minutes to break the deadlock when Ukrainian midfielder Viktor Kovalenko converted from twelve yards to give his side the lead, a lead they held going into the half time break.
Shakhtar then doubled their lead five minutes after the restart with an electrifying counterattack which was finished off by Kayode to put his side 2-0 up.
Substitute Maycon then made it 3-0 deep into additional time as Paulo Fonseca boys moved closer to yet another league title.

CAF Election: We chose Ahmad because he has a plan -FA Presidents