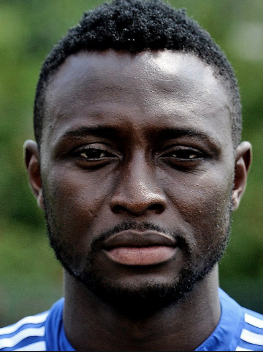 Former Super Eagles forward, Chinedu Obasi Ogbuke scored his first goal of the season to help his club AIK earn their first league win of the campaign against IK Sirius, AOIFootball.com reports.
Having drawn their opening two league games, the 32-year-old was given the responsibility to lead the line for AIK as they went in search of their first three points.
But it was the visitors who went into the break with the advantage when Philip Haglund scored deep into first-half added time to give IK Sirius a 1-0 first-half lead.
However, Ogbuke equalized two minutes after the hour mark when he was set up by former Swedish captain Sebastian Larsson before Jack Lahne completed the turnaround when he scored fifteen minutes from time to seal all three points for AIK.
Despite being replaced after 82 minutes, Ogbuke’s performance was enough to earn him the man of the match award with a game rating of 7.6, winning a game-high 11 duels and also completed 100% of his dribbles.