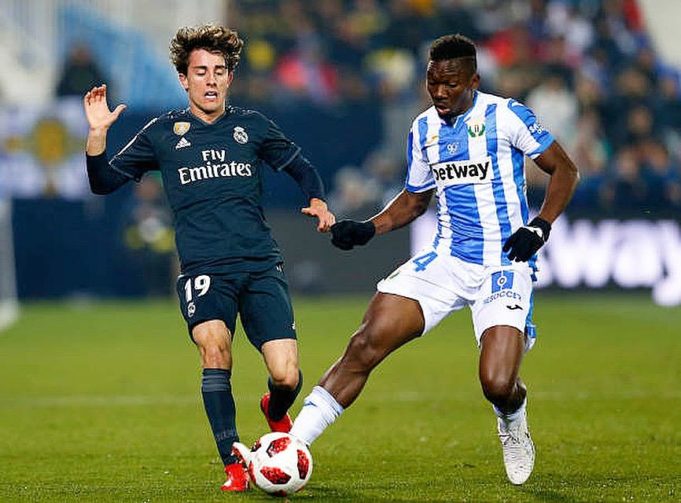 Super Eagles defence trojan, Kenneth Omeruo will make a return to the starting line up of CD Leganes on Monday evening as they file out against European champions Real Madrid in a Match Day 32 game, AOIFootball.com reports.
Omeruo, who has been sidelined because of a worrying thigh injury, has been solid all season for the LaLiga outfit and his return will add confidence to an ailing defence that has seen the club winless in their last ten LaLiga games.
The on-loan Chelsea defender has featured 21 times for Leganes this season, 1,841 minutes with an impressive tackle and ball recovery ratio for the Los Pepineros. His return comes as a boost for Leganes.
The Mauricio Pellegrino’s side are 13th on the log but will have their hands full against Zinedine Zidane’s rejuvenated Real Madrid at the Estadio Municipal de Butarque.