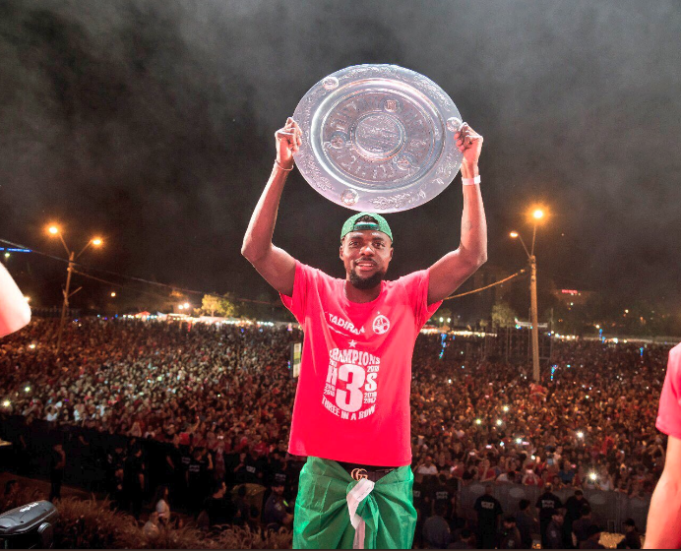 Super Eagles midfielder, John Ogochukwu Ogu has revealed he will end his stay with Israeli club Hapoel Be’er Sheva at the end of the season, AOIFootball.com reports.
The defensive midfielder has been an integral part of the club’s success since his arrival in 2014 but rejected offers to quit the club last summer showing his loyalty to the club and the fans.
Ogu, who is now 30, however, believes the time is right for him to seek greener pastures elsewhere, whilst thanking the fans for their unending support towards him during his five-year stint at the club.
“After 5 years here in Hapoel Be’er Sheva, I have decided I won’t be continuing my career here. All I just want to say is thank you to everyone that made it possible for me to be here. Thank you for the memories and support. And to the fans, I specially say a big thank you,” Ogu posted to announce his departure.
Ogu joined Be’er Sheva in 2014 and has won three consecutive league titles, two Israeli State Cups and one Toto Cup.
He was also named the best player in the Israeli League following his impressive display in the 2016-2017 season with Be’er Sheva.