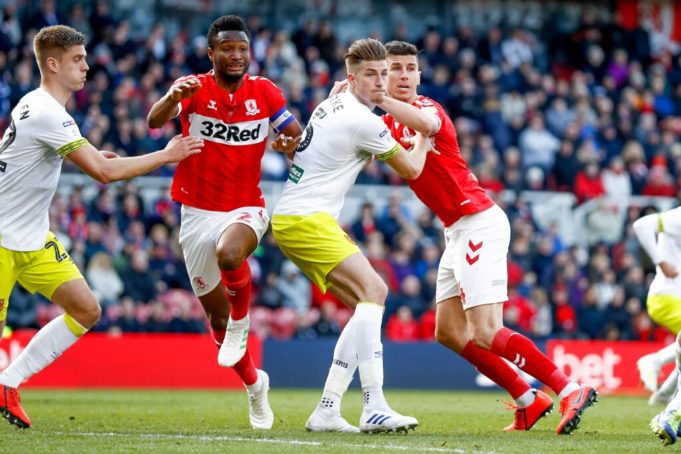 Super Eagles skipper, Mikel John Obi seems to be enjoying his time at the Riverside as he led Middlesbrough to their third consecutive victory against Stoke City with Oghenekaro Etebo also featuring for the visitors, AOIFootball.com reports.
Following Bristol City’s slip, Boro knew the sixth place was up for grabs, and it was the perfect start against Stoke with what proved to be the deciding goal coming in the second minute.
Mikel released Jonny Howson with a delightful ball before delivering an incisive cross which Assombalonga converted from close range to give them an early 1-0 lead.
The early goal gave the visitors plenty of courage in the game as they fought off a late onslaught from Stoke to move back to the sixth position and remain in contention for the playoff rounds.
Having failed to win their previous seven games before handing the captain band to Mikel, the Riverside club have now gone three games without a defeat, keeping three clean sheets in the process with Mikel a vital part of the success.