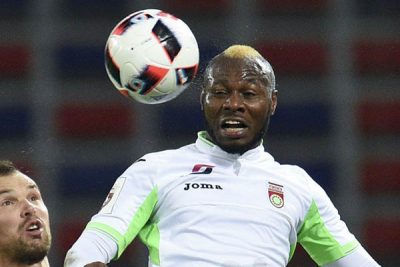 Nigerian international, Sylvester Igbonu scored his seventh league goal of the campaign as FK UFA lost 2-1 at home to Arsenal Tula to record their 11th loss of the season, AOIFootball.com reports.
Igbonu started his 20th league game of the campaign but it was the visitors who struck first when Zelimhan Bakaev put them ahead after just three minutes.
Igor Gorbatenko then made it 2-0 halfway into the clash before Sylvester Igbonu reduced the deficit after 38 minutes to make it 2-1 as the visitors went into the break with the advantage.
The second half, however, failed to produce any goals as the visitors ensured UFA will remain in the relegation playoff zone for another week.
Igbonu was on for the entire match duration, earning a game rating of 7.3, completing 72% of his passes and also making one key pass.