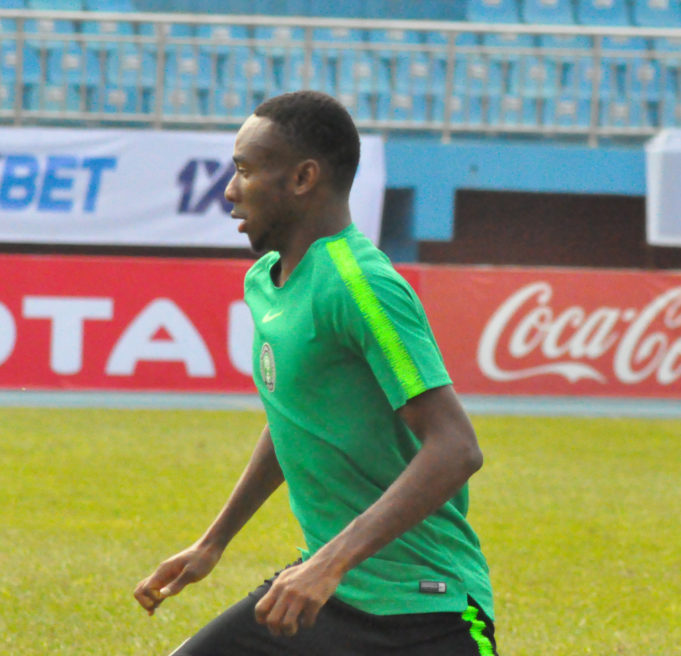 *Wants permanent stay in Arsenal next season
One month after honouring the call to play for the Dream Team VII in their crucial AFCON U-23 second round qualifying match against Libya, Assistant Captain of the team, Kelechi Nwakali is still stranded in Nigeria, AOIFootball.com reports.
The former U-17 captain, who did not heed his club’s advise not to come to Nigeria, has been left a frustrated figure in the nation’s capital, Abuja, as he continues to work on a visa to enable him to return to Portugal.
Speaking exclusively to AOIFootball.com, the Arsenal loanee insisted he had no regrets honouring the country’s invitation but hopes he has not done so at a risk to his career following the current situation.
“I’m very worried about the current situation of things. I should have returned to my club and started playing already and also getting set for next season but my decision to honour the game against Libya has put me in this situation which is becoming very troublesome for me.
“I told the coaches before coming that my going back to Portugal might be difficult because I don’t have a resident permit in England and I was also not given one in Portugal so it had really complicated things for me,” a frustrated Nwakali lamented.
He went further to reiterate that the situation has now made him make up his mind on a permanent stay in Arsenal next season or move away from the club to avoid being shipped on loan for another season.
The 2015  FIFA U-17  World Golden Ball winner joined Arsenal in 2016 before spending loan spells at MVV Maastricht (twice), VVV-Venlo and now Porto but believes it’s time for him to fight for a place in the Gunners’ squad or seek a new adventure ahead of the 2019/2020 season.

Super Eagles to play England at Wembley on June 2