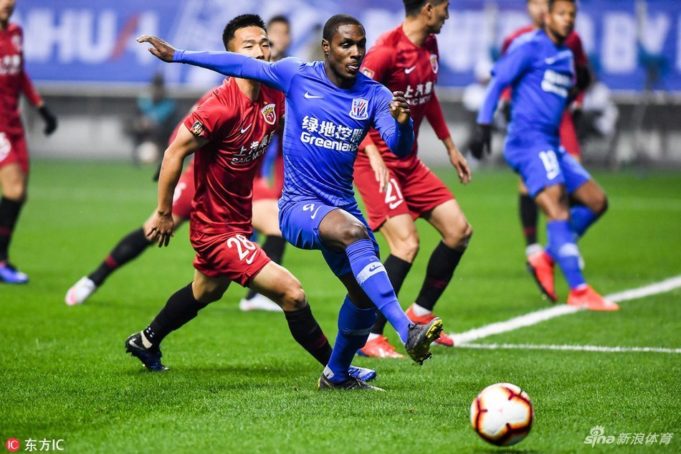 Super Eagles’ forward, Odion Jude Ighalo has scored his sixth league goal of the campaign to help Shanghai Shenhua to a 1-1 draw away at newcomers Wuhan Zall, AOIFootball.com reports.

With just two wins in their opening five league outings, the Eagles attacker was hoping to fire his side to yet another victory but they fell behind after 16 minutes when Minwen Jiang put the hosts 1-0 up.

The 2019 AFCON qualifiers top scorer, however, equalised just after the half-hour mark when he combined perfectly with Giovanni Moreno to tuck home his sixth league goal of the season.

Despite constant pressure on the hosts’ defence line, Shenhua failed to find the breakthrough as they settled for a point which now sees them move to 9th position on the league table.

With his strike, the former Watford player now seats on top of the goals scorers chart with six goals, one better than the quartet of Johnathan, Talisca, Alex Teixeira and Eran Zahavi who all have five goals after six round of matches.