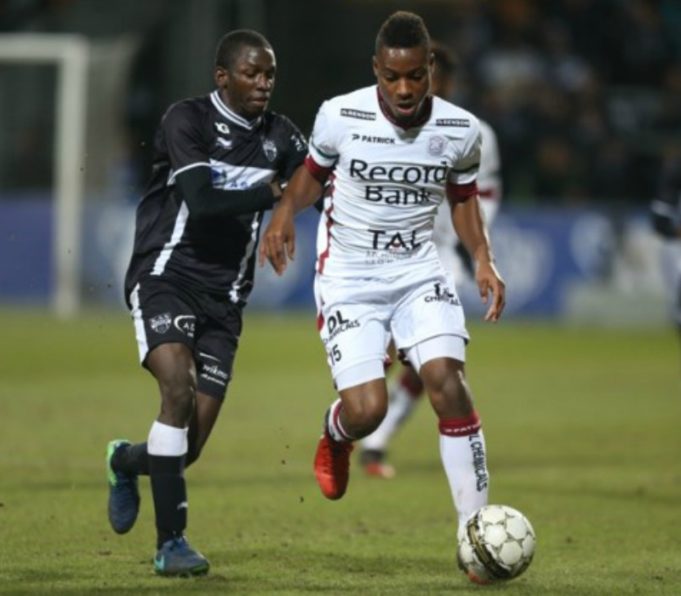 Nigerian defender, Kingsley Madu was the hero for KSV Roeselare as they kept their hopes of survival alive after defeating host Lommel United 1-0 on matchday 5 of the First Division B relegation playoffs, AOIFootball.com reports.
The Rio 2016 Olympic bronze medalist lined up on the left hand side of a 3-4-3 formation with fellow Nigerian Saviour Godwin also starting for the visitors.
With just one win in their opening four playoff games, the visitor’s chances of a second win were aided when midfielder Daan Heymans received his marching orders just on the dot of half time after picking up two yellow cards.
With a man advantage, Roeselare piled the pressure on their host and deservedly got the breakthrough goal when Kingsley Madu volleyed home a corner-kick after he was left unmarked in the box.
The goal was enough to seal all three points as the visitors claimed a morale boosting win away from home.