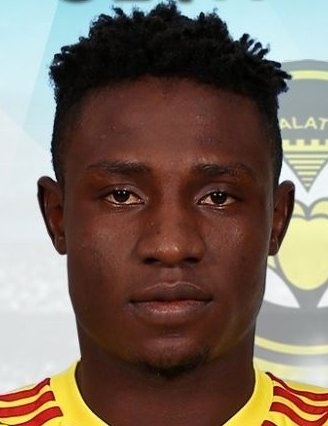 *Nwakaeme on target for Trabzonspor
Former U-23 and Yeni Malatyaspor defender, Seth Sincere was in action for 90 minutes as his club lost 2-1 to Anthony Nwakaeme’s Trabzonspor, AOIFootball.com reports.
Yeni Malatyaspor needed a victory to boost their Europa League aspiration and started the match like a house on fire, scoring in the 22nd minute through Sismanoglu but goals from irrepressible Anthony Nwakaeme and Hugo Rodallega sealed the victory for Trabzonspor.
Speaking exclusively to AOIFootball.com after the match, Sincere said they gave everything but were unlucky to carry the day.
“We gave it all but it was not just good enough and also the red card to Akbas affected us towards the tail end of the match. We live to fight another day,” Sincere said.
Yeni Malatyaspor is currently seventh on the Turkish Super Lig table with 38 points from 29 matches played so far.