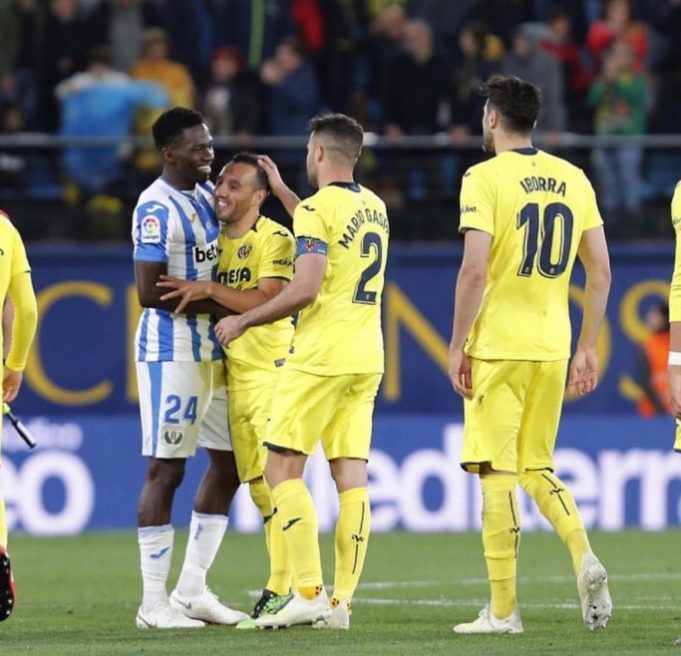 After their first defeat in five league outings against Villarreal on Sunday night, Super Eagles defender Kenneth Omeruo believes his side can take a lot of positives and return to winning ways, AOIFootball.com reports.
Second half strikes from Carlos Bacca and Karl Took Ekambi put the host ahead before a late penalty from Nabil El Zhar proved to be a late consolation.
The Leganes defender, who was adjudged his side’s best player at the Estadio de la Ceramica on Sunday night, told AOIFootball.com afterwards that he remains optimistic of a top half finish at the end of the season.
The Chelsea loanee was at his commanding best for the Mauricio Pellegrino led boys, earning a team-high game rating of 7.2, making 7 clearances, winning 8 duels and also completing 84% of his passes.
The match also offered the former Middlesbrough defender a chance to have a little Nigerian reunion as he caught up with Samuel Chukwueze and former Eagles forward Ike Uche who were present at the stadium.

Europa League: 4 Nigerians on the losing side