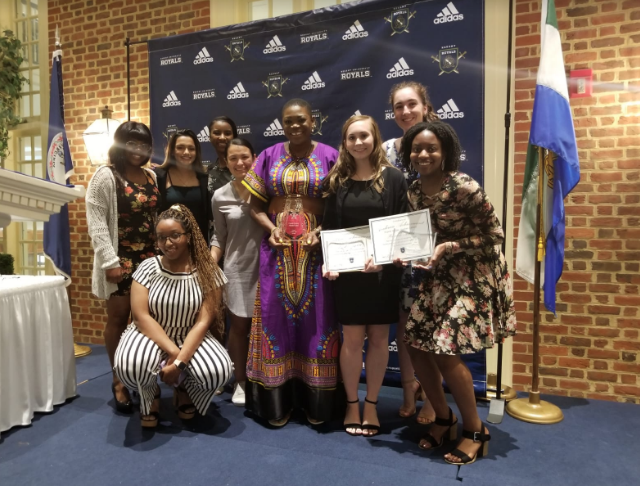 The Nigerian, who has only just completed her first season as Head Coach of the university’s Women’s Soccer program, was an unanimous choice for the award, voted for by all the coaches in the Virginia Beach-based university.

“When we were voting for this award, everyone who sent in their vote was unanimous that it could only go to one person, Mercy,” Dr Samuel Botta, Athletics Director said whilst announcing the award.

“Mercy has been a blessing to our program and we are lucky to have her,” he added

In her first season coaching the program, Akide-Udoh took the team from zero wins in their first season, to five wins.

Whilst receiving the award, an excited Mercy said she was buoyed by it, even though it was unexpected.

“This is such an unexpected honour for me. I will like to thank everyone who voted and also thank my players who have made this such an enjoyable time for me here,” Mercy said.

Mercy worked at Stars Soccer Club, where she was the Head Coach of their U-16 Athena C Gold Girls and worked within Youth Development (an NGO also employing her friend Luke Concannon, a coach of the U-13 girls’ team.) From 2008–2013.