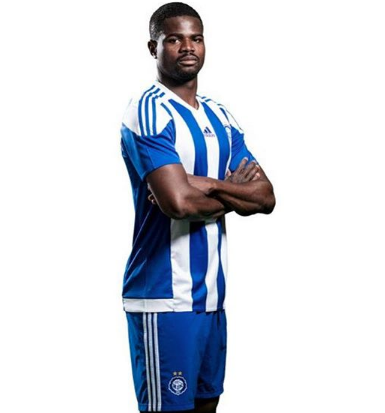 Former Super Eagles left-back, Elderson Echiejile marked his debut for new club HJK Helsinki in style as he provided the assist in their 1-1 draw at home to HIFK in the Finnish Veikkausliiga, AOIFootball.com reports.
Having not tested competitive football action since the last summer World Cup in Russia, the new acquisition was given his first start in front of their home fans at the Telia 5G- arena as he showed the fans a glimpse of what to expect of him.
The 31-year-old lined up at his usual left back position with fellow Nigerian Faith Friday Obilor leading the defence line for the host.
After a goalless first 45 minutes, the hosts were ahead four minutes after the restart when Echiejile set up Akseli Pelvas to put them 1-0 up.
The visitors however found their way back into the clash and leveled matters five minutes after the hour mark when Tiquinho benefited from a pass from Riku Selander as both teams settled for a share of the points.
The results ensure Helsinki remain undefeated after give games as they now occupy top spot with 9 points from a possible 15.

Ideye on target, as Malaga lose to Valencia