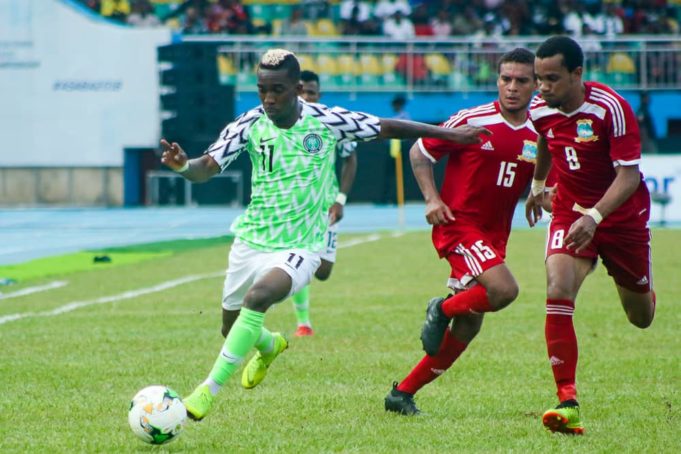 By Miracle Gabriel
Ahead of June’s African Cup of Nations in Egypt, the Super Eagles of Nigeria could face the Warriors of Zimbabwe in an international friendly in Asaba with reports of uncertainty surrounding the choice of Benin Republic, AOIFootball.com can authoritatively confirm.
With Nigeria already scheduled to face Senegal in Egypt, the team was reportedly supposed to face the Benin Republic on the 7th of June but reports emanating from the Eagles’ camp indicate the friendly might have been called off.
On their part, the Zimbabwean FA have been in talks with their Nigerian counterpart since the draw was made for a friendly date after they were drawn in Group A alongside host Egypt, Uganda and DR Congo.
Gernot Rohr will be looking to galvanize his squad physically and get them prepared in all areas required before heading for the finals of the biggest African football showpiece tournament.
The 2013 African champions have been placed in Group B alongside Burundi, Madagascar and Guinea with the Eagles facing Burundi in their opening game on June 22 in Alexandria.