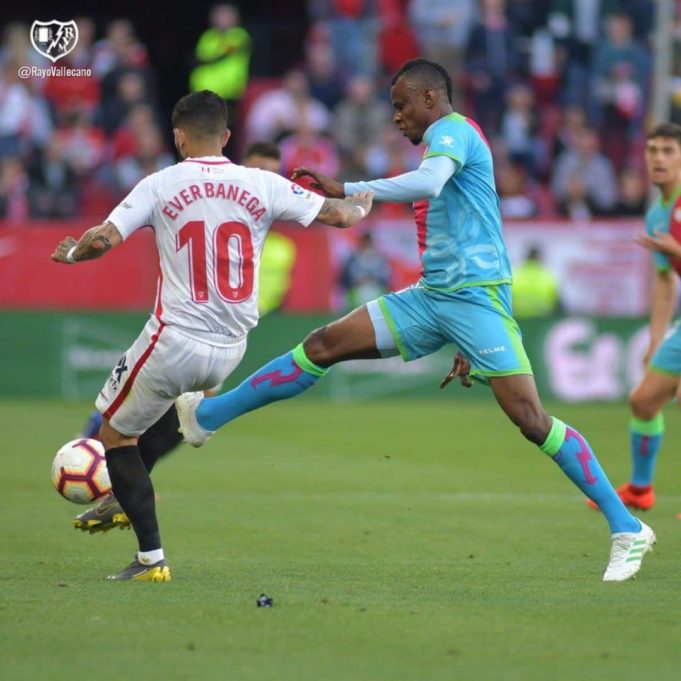 Nigerian international, Uche Agbo had a nightmarish first start for Spanish side Rayo Vallecano after they suffered an embarrassing 5-0 defeat to Seville at the Ramon Sanchez-Pizjuan, AOIFootball.com reports.
Having joined the club on deadline transfer day on loan from Standard Liege, the versatile midfielder endured three months on the sidelines before finally making his return earlier this month.
Speaking after the Loss, the 23-year-old admitted that lack of concentration and poor decision making cost them at least a point from the clash.
“We gave away cheap goals in the second half after we had contained them in the first half.
“They took advantage of our loss in concentration in the defence and we conceded two goals in three minutes and that gave them the initiative going forward,” Agbo explained.
A second-half brace from Munir El-Haddadi and one each from the trio of Quincy Promise, Wissam Ben Yedder and Buryan Salvatierra condemned Vallecano to their 20th league loss of the season as they remain bottom with 28 points from 34 games. 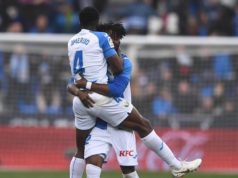