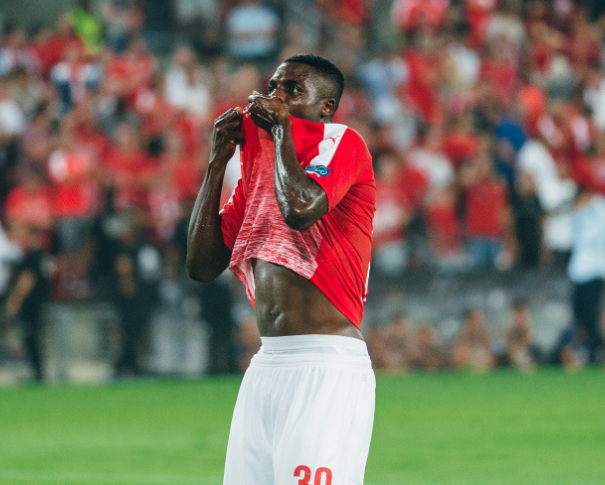 Super Eagles midfielder, John Ugochukwu Ogu is on the radar of four top European clubs after he announced last week that he won’t be renewing his contract at Israeli club Hapoel Be’er Sheva, AOIFootball.com can authoritatively confirm.
The midfield Trojan, who becomes a free agent at the end of the season, will obviously not be shy of offers following his impressive outing for the Israeli league defending champions.
A close source to the player revealed to AOIFootball.com that Turkish club, Trabzonspor are hoping to lure the 31-year-old to the club next season to form a partnership with fellow Nigerian Ogenyi Onazi as they prepare for life in the Europa League.
They will, however, need to fend off stiff competition from fellow Turkish side Yeni Matalyaspor who are also interested in Ogu’s signature, with Spanish side Real Sociedad and German club Hamburg also making contact with the player’s agent.
Ogu joined Be’er Sheva in 2014 from Portuguese club Academica Coimbra, going on to make over 160 appearances since then, winning 3 league titles and two cup titles in the process.