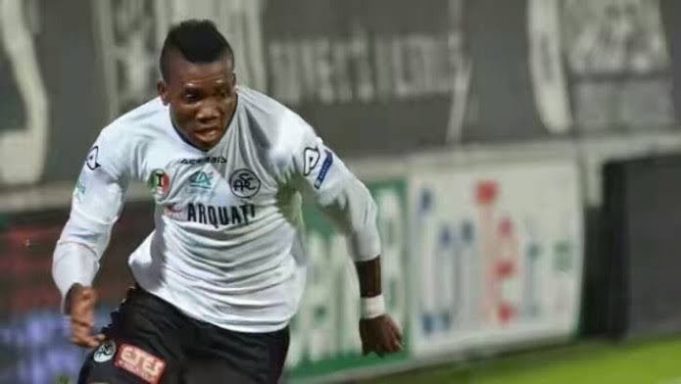 Nigerian youngster, David Okereke scored Spezia’s only goal in their 1-1 draw at home to Perugia which also had Sadiq Umar and Kingsley Michael on their books, AOIFootball.com reports.
With both sides chasing all three points to boost their promotion hopes l, Okereke was handed the chance to lead the line for the hosts whilst Umar Sadiq also got the same chance for the visitors while Kingsley Michael watched from the bench.
But it was Okereke who made the first impact six minutes to half time when he combined well with Ghanaian forward Emmanuel Gyasi to give the hosts the lead as they went into the break 1-0 up.
However, they were to be denied all three points when on-loan AS Roma forward Umar Sadiq set up substitute Federico Melchiorri to make it 1-1 as both teams settled for a share of the points.
Okereke who continues to be linked with a move away from the club has now been involved in 17 goals for the Serie B outfit in 28 games scoring 10 and setting up another 7 goals in the process.