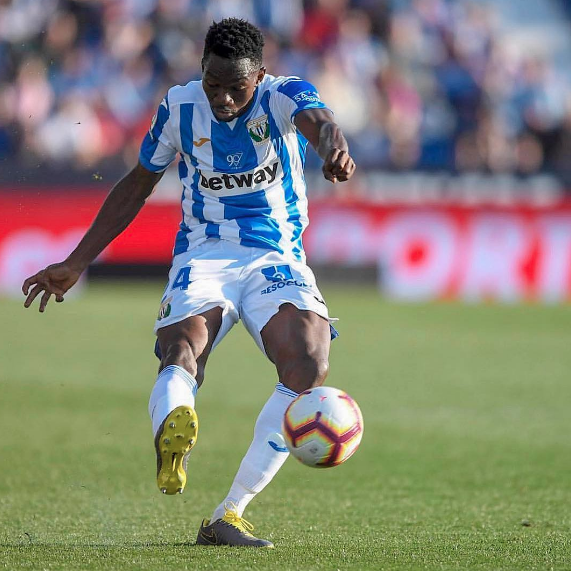 Super Eagles defender, Kenneth Omeruo produced a stunning performance for Leganes as they halted their two-game losing streak to draw at home to visiting Celta Vigo on matchday 35 of the Spanish LaLiga, AOIFootball.com reports.
Playing in a now familiar three-man back formation, the Chelsea loanee led the defence for the host alongside Unai Bustinza and Dimitrios Slovas as they went in search of their 10th clean sheet of the campaign.
Both teams were, however, guilty of wasteful shootings as they could only muster a combined three shots on targets despite hitting the ball 18 times all through the 90 minutes.
But when Celta Vigo thought they had taken the lead against the run of play, the impressive Omeruo was on hand to deny them as he made a last ditch goal line clearance to earn his side their first point in three outings.
Omeruo was however named the game’s MVP after a high rating of 8.0, making 10 clearances, winning 6 of his seven duels, making one interception and also completing 91% of his passes.